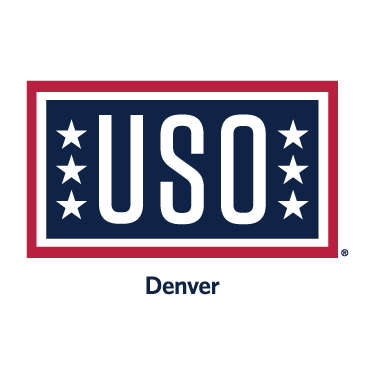 Home
About
Get There
Register

USO Denver Book Club - The Girl They Left Behind

By USO Denver (other events)

Join us for our first USO Denver Online Book Club Series. The book we’ve selected is The Girl They Left Behind by Roxanne Veletzos. A synopsis and details about the author are copied below.

This program is open to any currently serving military service members as well as their spouses and partners – active duty, national guard, reservists, and coalition/allied forces are all welcome.

The Girl They Left Behind by Roxanne Veletzos

A sweeping historical romance that is “gripping, tragic, yet filled with passion and hope” (Kate Quinn, New York Times bestselling author), offering a vivid and unique portrayal of life in war-torn 1941 Bucharest during World War II and its aftermath—perfect for fans of Lilac Girls and Sarah’s Key.

On a freezing night in January 1941, a little Jewish girl is found on the steps of an apartment building in Bucharest. With Romania recently allied with the Nazis, the Jewish population is in grave danger so the girl is placed in an orphanage and eventually adopted by a wealthy childless couple who name her Natalia. As she assimilates into her new life, she all but forgets the parents who were forced to leave her behind.

As a young woman in Soviet Romania, Natalia crosses paths with Victor—an important official in the Communist regime that she used to know as an impoverished young student. Now they are fatefully drawn into a passionate affair despite the obstacles swirling around them and Victor’s dark secrets.

When Natalia is suddenly offered a one-time chance at freedom, Victor is determined to help her escape, even if it means losing her. Natalia must make an agonizing decision: remain in Bucharest with her beloved adoptive parents and the man she has come to love, or seize the chance to finally live life on her own terms, and to confront the painful enigma of her past.

The Girl They Left Behind “is a vividly told, beautifully written, impossible-but-true story” (Helen Bryan, internationally bestselling author of War Brides) that you won’t soon forget.

Roxanne Veletzos was born in Bucharest, Romania and moved to California with her family as a young teen. Already fluent in English and French, she began writing short stories about growing up in her native Eastern Europe, at first as a cathartic experience as she transitioned to a new culture. Building on her love of the written language, she obtained a bachelor’s degree in journalism from California State University, Northridge and has worked as an editor, content writer, and marketing manager for a number of Fortune 500 companies.

other events by this organization